Have you seen the photos on TV of the devastation hurricane Sandy left behind?

It is so unbelievable. But I know it happened, we felt the effects here in NH as well. Not quite as badly as they did in New York, Jersey, or Connecticut. Our power was out for a little over fourteen hours. This is more than some can say in the other eastern states.

The pictures out there of what took place this week is overwhelming. I just had to share this one I found via Creative Commons.

This photo is courtesy of Creative Commons Flicker search: 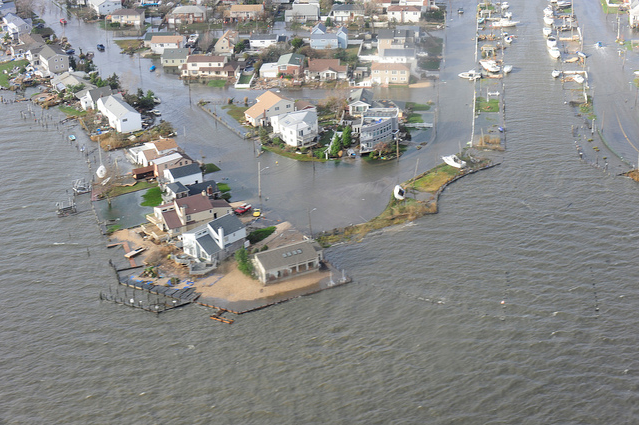 Who would believe that a category 1 Hurricane could create so much damage? I mean come on, it was a category 1. We have seen stronger hurricanes make the same kind of mess in the south.

Some are saying it is more proof of global warming. I say this will be the decade of the storms. Last year at this time we had two feet of snow fall before Halloween. Almost on the same date as Hurricane Sandy made landfall in Jersey. During our two foot snowfall we still had a full canopy of leaves on the trees that left us without power for three days. This year we lucked out. It was like the trees knew what was coming. They all dropped their leaves a couple of days before the hurricane made it to Jersey. I think that was last Saturday.

It was funny too. Mike started blowing the leaves that Friday and on Saturday the lawn was covered once again. At least the hurricane did not blow all the leaves back onto the lawn.

This week I have not done much writing. This week’s distraction can be blamed on the hurricane.

I did get another 1k words added to the manuscript.

I don’t think I will take part in it this year, technically…

I will use this time to keep working on Road Salt. I really need to get this wip done as soon as I can. I have blown all my self-made deadlines, but I will still persist.

I sent out my membership form to RWA this week. Now I will have to wait for them to process the form. Then I can become an official member of RWA. I am really looking forward to joining this writing community.

Another storm may head toward the eastern states once again. This time they are calling it a Northeaster. What’s the difference, folks, between a Hurricane and a Northeaster? A Northeaster is a wintertime hurricane…