Memorial Weekend is here. This is the weekend that most folks kick off their summer cookouts and open their pools for the season, even campgrounds kick into full swing with their campers. 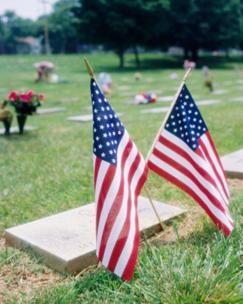 This year I’m glad I’m not one of them. It is a cold Memorial Weekend here in New Hampshire. It is one of the coldest I can remember. Snow even fell last night. I saw it. It even stuck to my mom’s skylights in her bedroom. She made sure to point this out to me last night when I could believe my eyes when we saw the flakes falling from the sky in big globs. It is not like we live in Northern New Hampshire either. We are down on the Massachusetts border.

I was worried about our garden. But Mike reassured me that they would be alright even though we didn’t cover any of the plants.

We didn’t wake up to any snow on the ground, thankfully, like some people did in the western part of the state. But it was cold none the less.

The first thing I did in the morning was look outside at the garden. Everything looked like it was still alive. Thank God… My zucchini has been growing so good.

Cold weather does have its advantages though. Since I don’t like it, it made it much easier to stay inside and write.

I have finally pushed past where the kids catch the kitchen on fire. Everyone made it out alive. I won’t tell you who saved the day. You’ll have to read the book to find out. But I am happy to say I added over 3k words to the file today. That is more than I set out to write.

When Kate posted that we should have a goal of 250 words because of the holiday I figured I could at least do that.

Well, well, well, what do you know? I got to the 250 words and kept right on going. How about that?

I think I surpassed my ninety minute writing spurt too, so now I can go back to gaming for the rest of the day while I try and plot out what will happen when the boys ask the girls to the dance.

Have a Happy Memorial Weekend and stay warm and safe everybody. 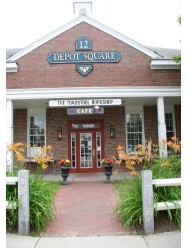 Announcing… Linda Kepner and Linda Nelson will be visiting The Toadstool Bookshop in Peterborough, NH on October 6, 2012 to discuss and sign their newly released books.

That’s right, my friend and I will be doing a local book signing next weekend. We will be at the bookstore at 11am until – I’m not sure when – I think maybe noonish.

This is a pretty exciting time for me. I have never done a book signing before. My good friend Linda Kepner talked me into it. She said, “How about we do this together? What do you think about Linda’s in stereo.”

We laughed about it and I had to agree. She had a great idea.

I’m the shy type and I have never done public speaking before, so I am of nervous.

This is my friend Linda Kepner – she has a new historical romance out called Second Chance, which is published with Crimson Romance. It is set in the 60’s time period. I already read this book and it was great. The story is about a graduate student, Bishou Howard, who is to tutor a very controversial wealthy tobacco widower during a time period when women were not known to be college professors. The two characters take more than a liking to each other but is it just loneliness for him or is it real love. You will need to read the book to find out.

She also has a couple of fantasy books out as well. Look for

The book I will be promoting is my newest release, Witch Book. It is the second book in my Orgarlan Saga. This book is a stand-alone sequel so it will not really matter if you read book one or book two first. Book one was Aaron & Keja. Both books were published with CreateSpace.

I’m not sure which book is my favorite out of the two of them. I kind of really like them both. This is my dream world and I had fun creating it. In this series you will find the roles of the fantasy races switched. I made the Orcs civilized and the good guys while I made the Elves the bad guys. The humans in this world are the minorities and they are not treated very well by the other races.

Also in Aaron and Keja, the main character – Aaron can talk to animals. She is known in the world of Orgarlan as a beast master.

In Witch Book, we have three human cousins who are living with and learning magic from their Aunt Grecha. Monica just wants to learn magic and be very good at it. She is the aunt’s favorite pupil. Wenda was happy to learn the magic that she has learned from their aunt. She is leaning towards becoming a beast master just like Aaron. Then there is Darmin. She is a wicked, wicked girl who can’t understand why Aunt Grecha doesn’t like her. Her goal in life is to be as strong as if not better than Lord Ky’debaul and sets out to try to become his bride.

Darmin’s biggest problem with Ky’debaul – he hates humans with a passion.

So if you are in the area of Peterborough, NH come by and see us. We will be giving out little tokens representing our books as mementos.

Who knows maybe this will be the beginning of a New England book tour in the works. Only time will tell….