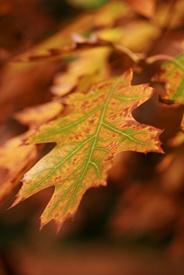 Autumn… Sigh… Summer has fallen along with the temperatures in New Hampshire. We said, “Ugh,” after lighting the woodstove last night. Many New Hampshire residents are feeling they will surely see snow once again before Halloween.

It is kind of funny how the seasons change so fast here. Just last week the trees had green leaves in them. As of today, most of them have turned and are now carpeting our lawns.

If you are a leaf peeper, now is a great time to take a trip to NH to see some really pretty colors. That is if it manages to stop raining long enough for anyone to enjoy the trip. The colors always look so much more beautiful when the sun shines on them.

Mike took the screen house down yesterday. He almost took the snow blower out but he decided to wait another week.

Last year at this time we had a surprise snow storm that dumped over two feet of snow on us a week or two before Halloween. So when Halloween came around it didn’t feel like Halloween, it felt more like Thanksgiving.

I survived the book signing last Saturday, in fact I had a grand old time. It was a small turn out but that was fine for me. It just made it easier to face the crowd. My friend Linda was a great help. She was able to keep me focused and I don’t remember her ever needing to tell me to breath. Just her being there helped me feel more confident in myself.

I am ready and willing to do an event again, with her help of course.

I was told at work that I should have put a posting about it up on our Cafeteria bulletin board. I really didn’t know I could have done that. It was the lady from human resources who had told me to do this next time. So I say – Hmm.

Have you done a Local Book Signing yet? I would love to hear about your first experience.

Mine was – I showed up early. I had read all over the internet about book signings and they all said show up early. (Don’t show up early – at least not an hour early.) Ten minutes early is alright but not an hour early like I did. One good thing though by doing the hour early thing… I was able to spend some time talking to the store owner and was able to learn a little bit more about the Kobo vs. Google eBooks for Independent Book Sellers. Our store is considering carrying and selling the Kobo eReaders.

Offer to bring copies of your books. I was glad I had brought some copies of Friends of Choice and my Short Story Collection. It gave the guest a good variety of books to choose from.

If you have a co-host for your event, interact with them while they do their thing. This seems to liven things up. I saw how my friend did this for me, I did not step up and do this for her, mostly over the fact that I was still in shock from speaking to the public. It was like I was in some far away land and when it was over I was like dah…why didn’t I help her the way she helped me. I was a bit beside myself for not doing this.

Anyways – After the book signing I added a thousand more words on Saturday. Then I did open the file on Sunday but only added a hundred or so words and the same again on Tuesday. Today before writing this blog I added another thousand words to the manuscript. It is going slowly. I have to get my butt into gear – NaNo is right around the corner.

Mind you, I only do NaNo to help get myself motivated. I have never once finished a manuscript on time. That is not my real intentions for doing NaNo. I think I like the forums and finding the motivational blogs. It always help to find a way to get pumped to write, just like is done for ROW80 with the inspirational posts. I look forward to those posts every week from our ROW80 mentors.

Well, I hope you are all finding ways to ROW your manuscript along.

Stop by and check out how the other ROWers are doing on the Linkey List.